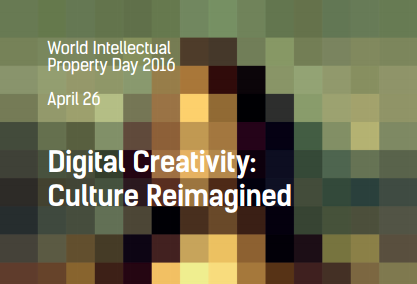 Tackling Online Copyright Infringement; The Right Tools for the Job in the UK and Around the World

Movie history is full of smart crooks.  Think about Ocean’s Eleven (not to mention Ocean’s Twelve), Lock Stock and Two Smoking Barrels, and The Italian Job (the 1969 original with Michael Caine or its amazing 2003 successor).

In the world of online piracy, the crooks may be smart, but they’re not heroes.  They’re just really good at profiting from other people’s hard work.  And the challenge has gone global.

Pirate site operators used to justify their behavior by saying the genuine product wasn’t available.  That’s an old excuse.  Studies show that the film and television industries have embraced the opportunities presented by the digital revolution, making high quality content available to consumers in new ways. Whether it’s watching the latest hit drama on a tablet on your commute to work, or taking advantage of a second (or even third) screen in your living room when family competition over the remote is fierce, it has never been easier to watch what you went, when you want, where you want.

But this golden age of film and TV doesn’t come free.

As today is World IP Day, it’s time to give serious thought to how we tackle online copyright infringement in the digital age. The future of the industry and the millions of people who work in the creative sector around the world, including 1.8 million in the UK, depends on it. If we want to see more of the great British film successes we have seen in the last year, like Suffragette, Brooklyn, and The Danish Girl, we need to get smarter at protecting the revenues they generate so the creative industry receives its due and is able to function in future.

The film industry is doing more to tackle copyright theft in the UK and across Europe than ever before.  The nature of the threat is global and borderless so our approach has to be too. Pirate site operators often host their websites overseas, in an attempt to shield themselves from the law. The major hosting hubs for infringing content on the web, for example, are all based outside the UK.

But there isn’t one tool that will fix piracy, it requires a flexible, ecosystem-wide response, a combination of tackling illegal sites via the courts, consumer education and technological solutions as well as promoting consumers’ access to legal content when and how they want it.

Evidence from Carnegie Mellon University’s IDEA Research Centre has found that court orders enabling Internet Service Providers (ISPs) to block access to illegal sites have proved effective. It revealed that blocking 53 illegal website in the UK in November 2014 resulted in a 90% drop in visits to the targeted sites and a 22% decrease in total piracy for all users affected by the blocks (or a 16% decrease across all users overall).  The result was a 6% increase in visits to paid legal streaming sites like Netflix and a 10% increase in videos viewed on legal ad-supported streaming sites like BBC and Channel 5.

We also have an innovative consumer education campaign under the Creative Content UK banner. The TV advert ‘Get it right from a genuine site’ has been viewed around 4 million times on YouTube.  And as part of the campaign The Booksellers Association published this recent film about a truly magical independent bookshop in Bath.  Just as the copyright infringement landscape has changed dramatically over the past 15 years, so has the approach to consumer education.

The MPA and our partners will continue to innovate as we celebrate World IP day on the 26th. The key to success will be a flexible and adaptive approach to the ever-evolving nature of copyright infringement. This innovation will allow us to keep pace with technological changes to help ensure that the artists and creative industries in our digital universe can be rewarded for their work so they can create the music, film and TV we will all enjoy in the future.