Showing results for "" within MPA EMEA
Who
We Are

Charles H. Rivkin is Chairman and CEO of the Motion Picture Association (MPA). He leads the MPA’s global mission to advance and support the film, television, and streaming content industry. The MPA’s members currently include: Disney, Netflix, Paramount, Sony, Universal, and Warner Bros.

Drawing on almost 30 years of experience as a media executive and a leading U.S. diplomat, Rivkin advocates for policies that drive investment in film and television production, protect creative content, and open markets. He champions the economic and cultural power of film and television to communities around the world.

As chief executive, Rivkin is also responsible for the MPA’s iconic movie ratings system, which has served parents and moviegoers for more than 50 years.

Prior to joining the MPA, Rivkin served for more than seven years at the highest levels of the U.S. government’s diplomatic corps. He was the U.S. Assistant Secretary of State for Economic and Business Affairs from February 2014 to January 2017. He led the State Department Bureau responsible for managing international trade negotiations, intellectual property rights protection, and global internet policy, among other major policy issues. While conducting economic diplomacy for the United States, he visited more than 40 countries and 70 cities around the world.

From 2009 to 2013, Rivkin was the United States Ambassador to France and Monaco. In this role, he guided America’s oldest and one of its largest diplomatic missions, with six constituent posts throughout France and representing more than 50 U.S. government agencies. During his posting, Rivkin was personally awarded the Légion d’honneur with the rank of Commander by the President of France. He also received the city of Paris’ highest honor, la Grande Médaille de Vermeil de la Ville de Paris, and was presented with the U.S. Navy’s Distinguished Public Service Award.

Before his government service, Rivkin worked in the media and entertainment sector for more than 20 years. During that period, he served as President and CEO of Jim Henson Company, home to The Muppets and other award-winning film and television franchises and beloved characters. He also was CEO of WildBrain, where he won a BAFTA Award as an Executive Producer of the hit children’s television series Yo Gabba Gabba!, and Fast Company named him one of the 100 Most Creative People in Business.

Rivkin is a Board member of the American Academy of Diplomacy, the American Film Institute, and Via Transportation Inc. He is a member of the Council on Foreign Relations (CFR), the U.S. Advisory Committee for Trade Policy and Negotiations (ACTPN), and the Academy of Motion Picture Arts and Sciences. He received his bachelor’s degree from Yale University in 1984, graduating with distinction in political science and international relations. He received his M.B.A. from Harvard University in 1988. 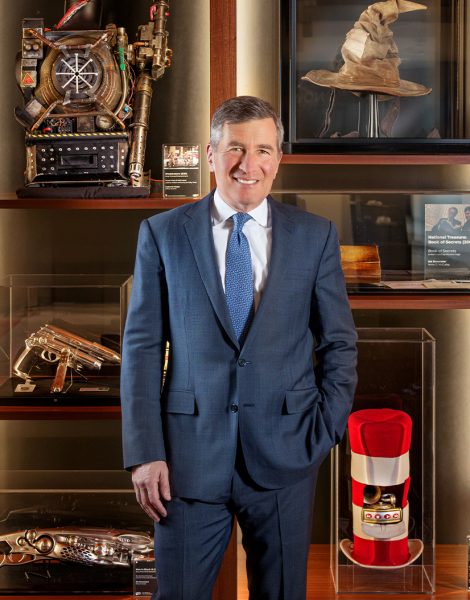 Stan McCoy is the President and Managing Director of the region encompassing Europe, the Middle East, and Africa (EMEA) for the Motion Picture Association, responsible for policy, operations, advocacy, and personnel across the territory. As a specialist in intellectual property and innovation policy, Stan’s key responsibility is to work with partners across the region to promote policies and enforcement practices that help the region to enjoy the jobs, growth, and cultural dividends of a vibrant creative sector.

Stan joined the MPA in April 2014 as Senior Vice President & Regional Policy Director, following over a decade of government service. Prior to joining the MPA, Stan served as Assistant U.S. Trade Representative for Intellectual Property and Innovation in the Office of the U.S. Trade Representative. Before joining USTR, he worked at the law firm Covington & Burling in both Brussels and Washington D.C.

Stan received a Bachelor’s degree from DePauw University and a J.D. from the University of Virginia School of Law.” 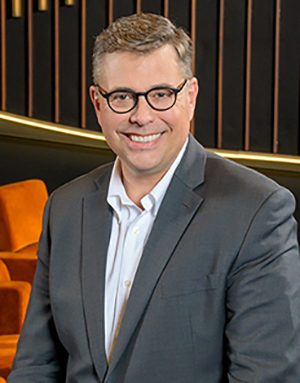 Emilie Anthonis is Senior Vice President Government Affairs for the region encompassing Europe, the Middle East and Africa (EMEA) of the Motion Picture Association (MPA), where she leads the policy team and oversees the EMEA government affairs portfolio and policy agenda. She has over 15 years of experience in the audiovisual sector, in both legal and government affairs positions.

Prior to joining the MPA in 2017, Emilie was Director of Legal and Public Affairs at the Association of Commercial Television in Europe (ACT).  Before ACT she served as inhouse counsel at Viacom. She began her career as an IP lawyer in a Brussels law firm (Altius) focusing on copyright and media law. She also held a research mandate at the Centre of Intellectual Property Law of the University of Leuven. Okke Delfos Visser is Senior Vice President Legal Affairs for the EMEA region and with global responsibility for the MPA global siteblocking strategy. Okke heads-up the EMEA legal team and oversees a variety of legal issues for the MPA member studios. He has about 20 years of experience in the audiovisual sector, in legal affairs positions.

Prior to joining the MPA in 2009, Okke worked in the Netherlands as head of legal for organizations such as BREIN and Buma/Stemra. He began his career as an IP lawyer in an Amsterdam law firm focusing on copyright and media law.

Okke studied law at the Universities of Amsterdam (Master’s degree), Leiden (Bachelor’s degree) and the University of Texas at Austin (Patent law and Trademarks). 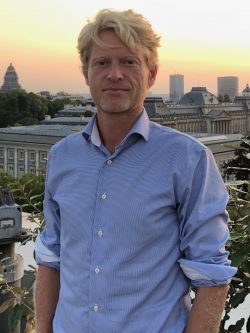 Sabine Henssler is Director of Communications for the Motion Picture Association (MPA) Europe, the Middle East and Africa (EMEA) region. She is an experienced communications executive who specializes in corporate communications, PR and issues management. She works closely with the MPA leadership, European studio executives, industry coalitions and affiliations to develop and execute strategic communications plans on all issues involving the entertainment industry.

Sabine has over 25 years of experience and moves easily between the spheres of advocacy and marketing communications, corporate PR, issues and crisis management and media relations.

Prior to joining the MPA, she held a variety of communication roles in international companies such as Georgia Pacific, global and European associations such as SWIFT and Food Drink Europe, and well-known world-wide agencies such as Edelman Public Relations.

Sabine holds a degree in journalism from the California State University, Chico and recently completed an executive master in International Association Management at the Solvay Business School. 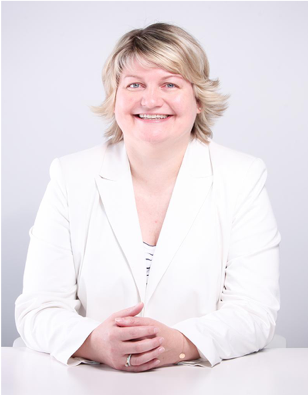 Marie-Anne Wuestenberg is Director Finance and Administration for the Motion Picture Association (MPA) Europe, the Middle East and Africa (EMEA) region. She also is responsible for HR. She works closely with the Brussels MPA leadership but also with the Finance, HR and Corporate legal departments in Los Angeles and Washington.

Marie-Anne has over 35 years of experience in these different spheres of activity.

Prior to joining the MPA, she had a long experience of Finance, HR  and administration  in international companies such as LVMH (Christian Dior Perfumes and Cosmetics, Catella Group (Swedish Real Estate Group), Legrand Electrique and in Insurance Companies.

Marie-Anne is a Commercial Engineer (ICHEC) and has followed several trainings in HR, Tax & Accountancy, Real Estate and Insurance Management. Dani Bacsa is the EMEA Regional Director, Content Protection for the Motion Picture Association (MPA). With over a decade of extensive technical experience, comprised of investigative and managerial roles, Dani currently heads up the MPA’s EMEA content protection team, working closely with the MPA’s members to define their content protection strategy in the EMEA region, as well as liaising with the MPA’s branch/partner programs and law enforcement agencies across the region to deploy that strategy. Dani has extensive academic background in Computer Science, Digital Forensics and Information Security.

Prior to joining the MPA, Dani had a variety of roles in the financial sector, software, internet service providers (ISPs) as well as several years of military service.

Geerart Bourlon is Vice President, Global Content Protection Legal at the Motion Picture Association. His key responsibility is the management of all legal enforcement matters for the Alliance for Creativity and Entertainment (ACE) in the Europe, Middle East and Africa region.

Before exclusively handling ACE content protection matters, Geerart was Deputy Head of the Legal Department at MPA EMEA, largely focusing on outreach to and civil proceedings against online intermediaries involved in copyright disputes, including website blocking.

Geerart has 15 years’ experience in developing legal strategies for rights holders, of which 10 years at MPA and, prior to that, 5 years at the content protection organization representing the Belgian audiovisual, music, ebooks and videogames sector.