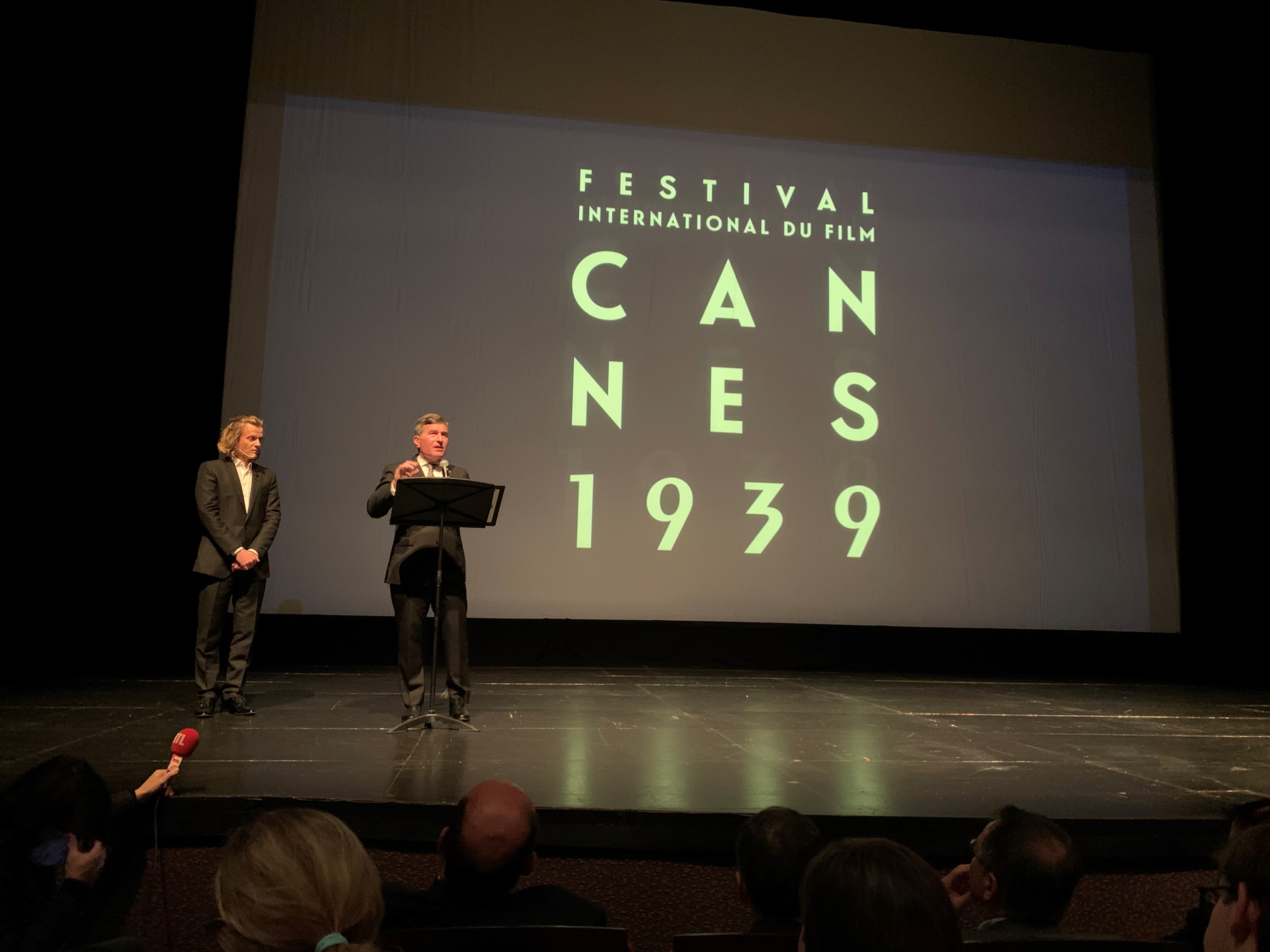 Ladies and gentlemen, as I just said, it’s a pleasure and an honor to be here. Almost a decade ago, as US Ambassador to France, I visited this wonderful city. And like many visitors, I stopped at the statue of Jeanne d’Arc on her horse at the Place du Martroi.

But as everyone appreciates today, La Pucelle d’Orléans isn’t the only hero that this city remembers fondly.

Between Joan of Arc and Jean Zay, there is a continuing narrative between the past, present and the future. And today, we honor Jean Zay, native son of Orléans, who made history in his own way, not only with the festival he proposed, but through his efforts on behalf of the resistance, and his visionary achievements in public education.

Victor Hugo once said history is “an echo of the past in the future.”

In other words, history is never truly buried. It sends out echoes over time. Those echoes can mean different things: Achievements recognized or lessons learned. Losses mourned or heroism cherished.

In this case, the echo we celebrate today is a dream that Jean Zay had 80 years ago. In 1938, the threat to Europe posed by the rise of Hitler and Mussolini was ominous. When Mussolini took over the Venice Film Festival in the 1930s, and awarded the Golden Lion to Hitler’s favorite director, Leni Riefenstahl, it was clear that the forces of fascism had infiltrated the heart of culture itself.

As culture minister, he decided that France would host its own festival, in competition with Venice, that would showcase the best films of “free nations.”

Hollywood was fully behind him

The headlines in Variety made things loud and clear:

“U.S. Nixes Bid from Venice for Cannes” they said.

All the American studios snubbed Mussolini in support of France. And the Hays Office – which was the forerunner of today’s MPA – also informed Italian officials that American producers would not be represented in Venice.

But the very day the proposed Cannes Film Festival was to open, culture gave way to conflict.   Hitler’s forces invaded Poland, and World War II put an end to all plans.

As a Jew and someone who strongly supported the Resistance, Jean’s fate was all but certain. The Vichy Government had him jailed and eventually murdered in 1944.

Today, we revive his dream, with the same lineup of films that Jean had conceived, from France, Great Britain, the USSR, Czechoslovakia, Belgium, Sweden, the Netherlands and Poland and the United States.

Those films included England’s Jamaica Inn by Alfred Hitchcock, distributed by Paramount, and France’s La Charrette Fantôme (The Phantom Wagon) by Julien Duvivier, distributed by Universal. And 17 of those films were American productions, including such classics as Only Angels Have Wings by Howard Hawks, Mister Smith Goes To Washington by Frank Capra, The Wizard of Oz by Victor Fleming, Pacific Express by Cecil B. De Mille and Love Affair by Leo McCarey.

This is a remarkable opportunity to see these great films, and also to vicariously revisit the fanfare and the spirit that Jean had originally conceived. Back then, for example, Hollywood stars such as Gary Cooper, James Cagney, Spencer Tracy, Barbara Stanwick, and Norma Shearer were planning to arrive at the Croisette aboard a liner chartered by MGM.

But this festival today is much more than a sentimental gesture for an event that never took place. This is the perfect time to reassert the cultural norms, values, and partnerships that we cherish. And that includes the values and principles that were behind the Cannes Film Festival’s creation.

One of those values was the powerful alliance and collaboration between the American and European film industries that extended all the way back to the 1920s.

The Universal pictures productions of Metropolis and Dracula, in the ‘20s and ‘30s respectively, were shot in locations all over Europe, including Ireland, Austria, the UK – and Germany before Hitler took over.

Warner Bros.’s Background to Danger in the 1940s, shot in locations in France and Turkey …

Paramount’s 1971 The Godfather filmed in Catania, Sicily, and Italy …

In the 1980s, Paramount’s Raiders of the Lost Ark was partly filmed in England and France …

In the 1990s, Universal’s Schindler’s List was shot in Poland ….

In 2006, Columbia’ s Casino Royale was filmed in the Czech Republic, the UK, and Italy. And in 2009, Universal’s : Inglorious Bastards was shot in France and Germany

More recently, Warner Bros.’ 2010: Inception in the UK and France; and Netflix’s 2013: Peaky Blinders have been filmed in the UK….

These are just some of the things we celebrate as we honor this festival and Jean Zay whose achievements continue to resonate. You can see his name in practically every walk of French life today.

Schools and streets are named after him.

He is remembered as a champion of authors and their rights – the droit d’auteur that remains a pillar of our art and our industry.

He shaped modern urban education in lasting ways, by extending compulsory schooling up to 14 years and prohibiting political and religious propaganda in public education.

Former President Hollande inducted him into Paris’ Pantheon mausoleum, a final resting place for heroes of the French Republic.

He is everywhere! And in his name, this is the time to say: Partnerships like the one our two industries have enjoyed for decades matter.

This is the time to say: Cultural alliances based on trust and mutual values matter.

The time to say: we cherish our ties as film-loving nations.

The time to say: Art matters. Creativity matters and must be protected.

And finally, this is the time to say: Jean Zay, we have heard your echo and we will carry it forward. Forever.