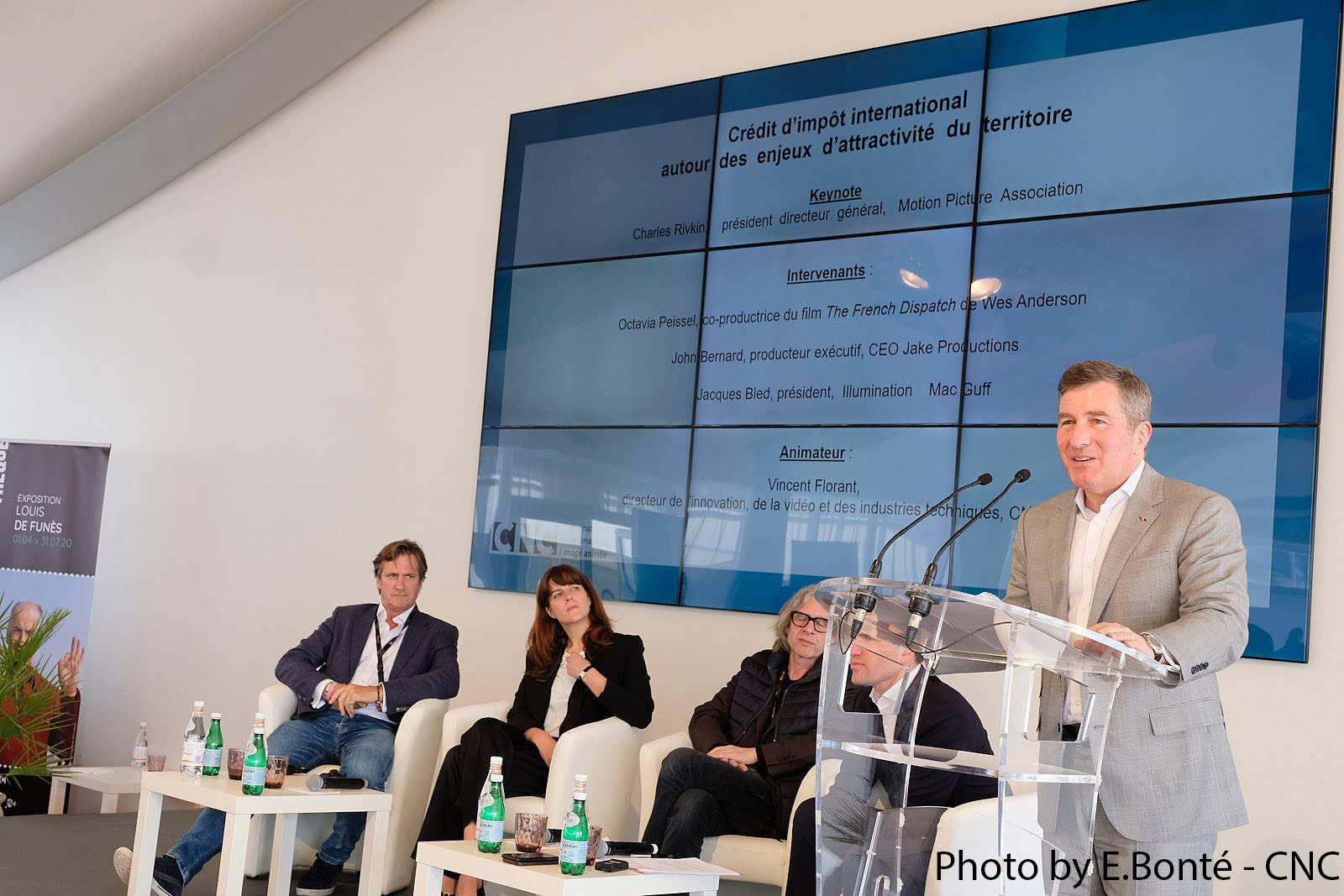 It is such a pleasure to speak with so many of you in this industry, especially those who have worked in international partnerships around Europe and with the United States.

I am always delighted to reaffirm the bonds between the CNC and the MPA, particularly on the topic of preserving the flow of creativity, which is so important to our industry.

The other day, I saw a quotation that seemed most appropriate for today.

Brene Brown, an American researcher and author, was asked what creativity meant to her.

She said: “I would say that creativity is the way I share my soul with the world.”

In other words, creativity is not just a gift from God. It’s a gift for humanity. It screams to be disseminated as widely as possible; not just within national borders but beyond them.

While national productions will always be important, and a vital way for any country to showcase its culture, modern storytelling is no longer bound by geographic and national borders.

For the past three decades, Europe has found demonstrable success with international production partnerships as a business model. Speaking last year at the European Audiovisual Observatory’s Cannes conference, Gilles Fontaine pointed out that one in four European films is an international co-production. And of the 100 most successful films in Europe in the past decade, 43 per cent of them were co-productions.

Which makes today’s discussion so timely: to explore ways that we can build even better frameworks to keep the flow of creativity vibrant.

Study after study has confirmed what we know intuitively to be true. Motion picture and television production provide both short term and long-term economic benefits to any community. They create jobs. Local vendors get more business. Tourism often increases. And they often lead to long-term infrastructure investment and development.

In other words, movies are not only a great cultural export but an economic one. It follows that we should do everything we can to create production incentives, including through tax credits.

Tax credits have certainly worked for our industry in the United States. On average a major motion picture contributes 225,000 dollars every day to the local economy. And such successful television series and films – as varied as Breaking Bad to Black Panther – have benefited enormously from those production incentives.

They have been successful in the United Kingdom, where international companies, including my members, invest more than one billion pounds a year  making films, and another 800 million making high-end television.

And across Europe, more and more states are recognizing the economic value of production incentives. In Germany, Hungary, The Czech Republic, Croatia, and Malta, to name a few, those incentives are helping to support jobs and growth. Two recent additions are Romania and Greece, which have adopted new production incentives to build on their great film-making traditions.

Here in France, where so many production partnerships have taken place and continue to do so, the Tax Rebate for International Production – or TRIP – has contributed enormously to their success.

Incentives like these have played a key role in the MPA members’ production location decision-making process including:

Warner Bros for The 15:17 Train to Paris, Fantastic Beasts – The Crimes of Grindelwald and Wonder Woman, which brought jobs and economic activity to Paris; and Dunkirk, which of course brought jobs to Dunkerque.

Sony Pictures for The White Crow and Maria by Callas.

And Paramount with Mission Impossible – Fallout

There are many more things that France has to offer the world: Some of the world’s best production crews and facilities. A great domestic transportation network. Breathtaking locales, from the vineyards of Bordeaux to resorts like Cannes to the beloved landmarks of Paris.

But just as importantly, France has robust mechanisms to enforce copyright protection. That subject may not be the focus of today, but it bears mentioning. Copyright protection is the oxygen that creativity needs to function. Without it, there will be fewer and fewer of these productions to talk about.

Edgar Degas once said: “Art is not what you see, but what you make others see.”

More and more, we are all hungry for stories that manage to do two things simultaneously: bring us all together with universal stories but also preserve and highlight our individual cultures. And when all these things happen together, everyone benefits.

With strong frameworks of support, we can create the conditions so that many more artists can share their visions with all of us.

So that we can all see.

With that, I will leave Vincent to lead the discussion with Octavia Peissel, John Bernard, and Jacques Bled, who have had such a depth of experience in international productions.