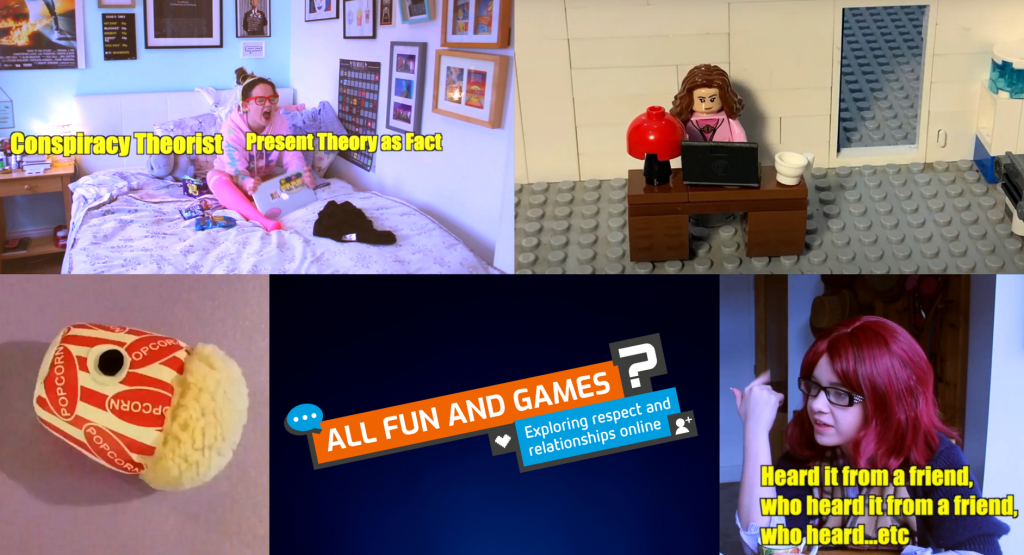 In his blog, Childnet International CEO Will Gardner reflects on a record-breaking Safer Internet Day and how young people can further embrace online safety through the charity’s Film Competition…

February 8th saw thousands of schools, charities, businesses and other organizations come together to celebrate Safer Internet Day 2022. It was once again a record-breaker, with 3,424 official supporters throwing their weight behind the day and its theme: All fun and games? Exploring respect and relationships online

Our Safer Internet Day research, unveiled on the day, showed the importance of online gaming to young people, with 48% saying if they couldn’t game online anymore, they would feel like they’ve lost a part of who they are.
Furthermore, 63% of young people say that playing online games is one of their favorite pastimes, with more than three quarters (76%) saying it gives them something to do, and 59% saying it makes them feel good about themselves.
61% of young people told us that playing games online has helped them spend more time with friends virtually than they have done in real life, while 52% of young people say playing online games has taught them to respect others. 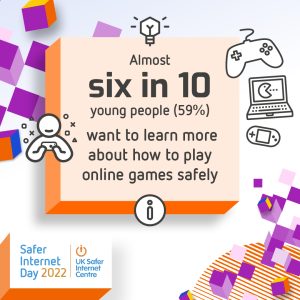 However, the research also reveals the impact that negative experiences during gameplay can have on young people, with respondents reporting at least one negative emotion in various situations. This includes seeing someone being mean or nasty (73%), seeing someone cheat (73%), and falling out with a friend (68%) when playing an online game.
Additionally, 38% of young people who play online games say they have experienced offensive or mean comments from other game players once per week or more.

Almost six in 10 young people (59%) told us they want to learn more about how to play online games safely. Therefore, it makes perfect sense to focus on the same theme for this year’s Childnet Film Competition which opens for entries from Wednesday 23rd February.

Back for its 13th year, the competition is open to all schools and youth groups across the UK, and challenges young filmmakers to create a short film or storyboard around online safety. As always, entries must contain a positive message and look to educate other young people.
In addition to the existing Primary (7-11s), Secondary (11-18s) and Storyboard categories, a new Solo category is also available for 16-18 year olds to enter individually. I can’t wait to see all the wonderful short films and storyboards we receive across all those categories!

We are delighted that Stan McCoy, President and Managing Director of the Motion Picture Association EMEA, is once again bringing his expertise to the judging panel this year. And we would like to thank Stan and the MPA for their support.

Schools and youth groups have until Wednesday 8th June to submit film or storyboard entries, so start writing your scripts and click here for further information and some great filmmaking tips.