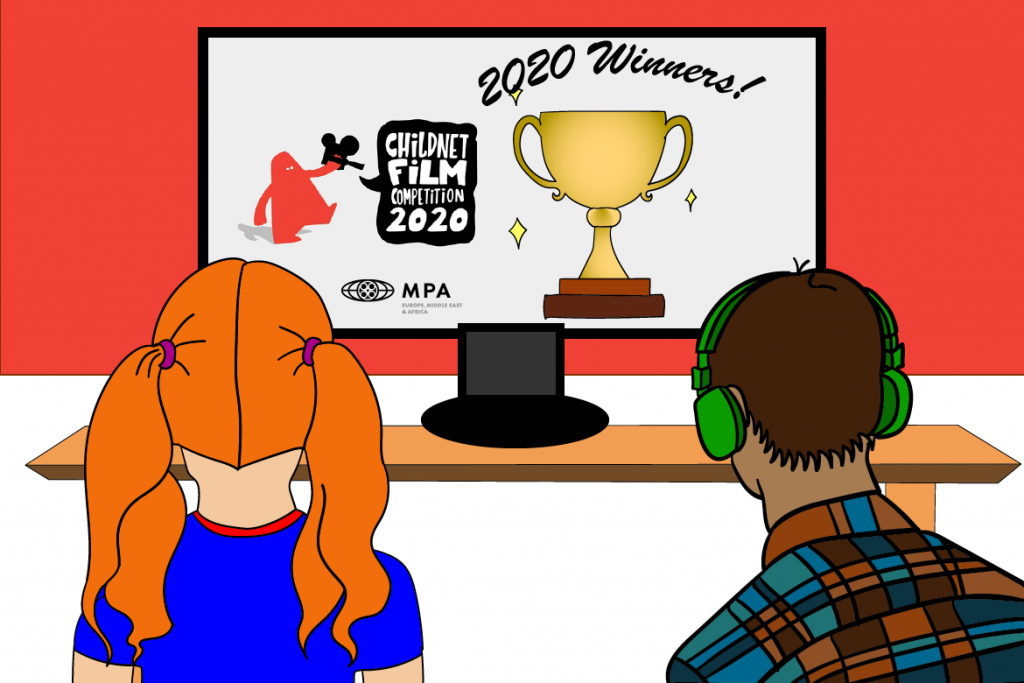 If you’re looking for a way to talk with your children about online safety, try sitting down with them and watching the spectacularly creative, kid-made films that topped the 2020 Childnet Film Competition.

Lockdown meant that the competition – now in its 11th year – had to be adapted so young people could enter from home, either in a group or individually. ‘Creating a storyboard’ was also added as a category, because it did not require any film equipment – simply imagination and a passion for film. Participants were asked to get creative and submit a short film or storyboard that could be used to educate their peers in response to this year’s theme:

We want an internet where we’re free to…

Despite the challenges of creating entries from home, young people from around the UK and beyond came up with quirky, original and inspiring takes on the theme.

I was lucky enough to take part in the judging process and it was great fun to review the entries and select the winners alongside my judging colleagues from Disney, BAFTA, the BBC and others.

We were blown away by the creativity and the mature approach that the entrants showed when dealing with the issue of online safety.  I especially liked the way the contestants used music, color, symbols, and illustrations to engage more deeply with their audience.

Children have a natural instinct for how to engage with other children. After watching the films with my own children, I can confirm that these stories, created by young people, will be really helpful in educating kids and families on the benefits and potential dangers of the online world.

In the primary-aged solo category we saw stop-motion using clay and Lego figures to warn of the dangers of online bullies. The group category included films that focused on calls for equality and to end discrimination, as well as what to do if you receive a link from an unknown source. And it was a reimagining of Cinderella in the 21st century with an online twist that claimed the top spot in the new storyboard category.

Childnet was established in 1995 to protect young people and children as the internet became more popular. Twenty-five years later, its mission to educate both young people and those responsible for creating laws and technology to ensure a safe and open environment has never been more important.

The MPA supported the competition for the second consecutive year. We chose to be involved because we believe in Childnet’s mission to make the internet a great and safe place for children and young people. We agree it is important to work with children from a young age so they learn how to balance the benefits of the online world with an awareness of the potential dangers.

You can learn more about the winners on Childnet’s website and about the MPA’s support for the competition.