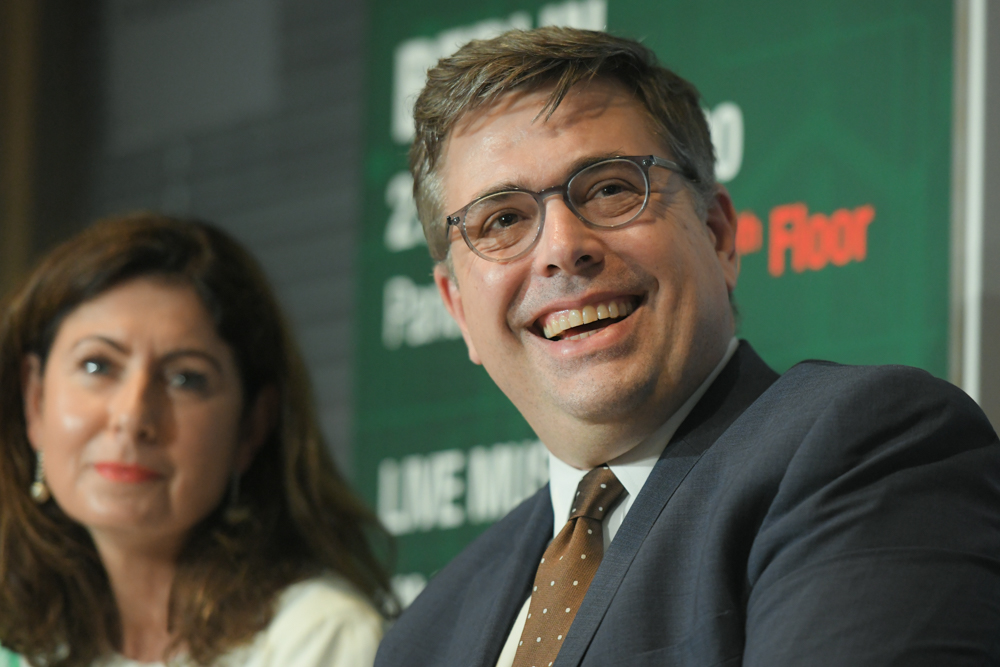 Today, 22 April, marks the 50th annual Earth Day. In 2020, Earth Day is a reminder of the climate crisis that we face together. We must all create, innovate and collaborate to protect the planet.

The film, television, and streaming industry has been at the forefront of integrating sustainable practices into our business through initiatives large and small.

Behind the scenes of NBCUniversal and Richard Curtis’ latest fan favourite, Yesterday, for example, more than 2,300 extra catering meals were diverted from landfill and instead donated to those in need in the local community. Likewise, clothing and home goods from the sets went to charities including Dress for Success and the British Heart Foundation. Producers on another NBCUniversal hit, Downtown Abbey, donated the much-loved costumes to Wimbledon College of Arts to sustain further learning and foster the industry’s talent pipeline

Indeed, all around the world, filmmakers, set designers, lighting experts, costume designers, film set caterers, and many others in the industry are doing through both their everyday actions and their broader policies to protect the environment – from reducing energy use and emissions to encouraging responsible recycling practices.

As people around the world are prudently staying at home and production is paused due to the coronavirus pandemic, the motion picture industry continues to play an important role that goes beyond entertainment.  It also includes donating critical personal protective equipment for healthcare workers, meals to local communities, relief funds for those hit hardest by the pandemic, and informing the public about social distancing, mental health, and personal hygiene.

Sustainability in production is not new, and it is not limited to everyday actions – although those are very important. Our studios have long been championing broader pro-environmental corporate policies, from conserving energy to reducing waste.

Sony, for example, is on track to reach a zero environmental footprint by 2050. To achieve this, the business announces sustainability targets every five years to ensure it will reach that goal. In 2019 alone, Sony Pictures’ TV and features achieved 20 Gold Seals and 11 Green Seals from the Environmental Media Association (EMA).

The Disney Conservation Fund is celebrating its 25th anniversary this Earth Day. Since 1995, it has inspired millions of people to take action to protect the planet, and directed more than $100 million to reverse the decline of wildlife in more than half the countries in the world through efforts that engage communities in conservation.

More than ten years ago, NBCUniversal launched its Sustainable Production Program to integrate sustainable best practices across productions – now more than 70 productions take part each year. As a result, NBCUniversal has invested in advancing LED set lighting technology which uses up to 70% less energy than conventional set lighting. The technology is becoming more widely used, in turn decreasing the energy needed to power and cool film sets.

For example, Netflix, NBCUniversal, Paramount, and Warner Bros, are all members of Albert – an industry-wide group in Europe which collects voluntary best practices to achieve sustainability in film and television production operations. This is having a real impact.

On the Warner Bros Leavesden lot, green practices have led the studio to source more than three-quarters of its energy from renewable suppliers. The studio also has an onsite recycling center and is able to recycle 65% of its waste on the lot.

In 2018, Paramount established Green Teams in its UK operation. These teams establish quarterly work plans which include awareness campaigns, creating education opportunities and enhancing the studio’s facilities to drive change and make them as sustainable as possible.

A majority of Sony Pictures films support a ‘legacy’ project, which started out as a commitment to plant a tree in the community where they shoot for each day of production. It now allows the crew to choose a local, environmental non-profit organisation to support.

On the screen, projects like Netflix’s Our Planet, featuring David Attenborough and supported by the World Wildlife Fund, are giving a platform for creators to reach millions of people around the world with messages about environmental issues and the climate crisis.

There’s always more to be done, but the future looks bright (and greener!)

At this year’s Berlinale International Film Festival, the Motion Picture Association and other organisations signed a joint declaration on the sustainable production of films and television series. This declaration is of course a major milestone and also recognizes the important societal role that our industry plays.

Our CEO, Charles Rivkin, spoke to Chelsea Spieker on her podcast, The Americans, regarding what the industry is doing to become more eco-friendly, and the MPA also co-hosted a panel session with leading global law firm Morrison & Foerster, entitled Film Goes Green – Sustainability in Film Production.

The film and television industry is essential to our cultural life, and the “social distancing” of the coronavirus crisis has put the importance of our shared culture under the spotlight. It’s heartening to see our studios leading by example on this critical issue – using their global storytelling platforms to promote green business practices to a worldwide audience.

Everyone – from directors to line producers, from caterers and make-up artists to corporate leaders – has a role to play in protecting the environment. There is still much to be done, but collaboration and support for the different initiatives underway is crucial as we all work to ensure a greener future.