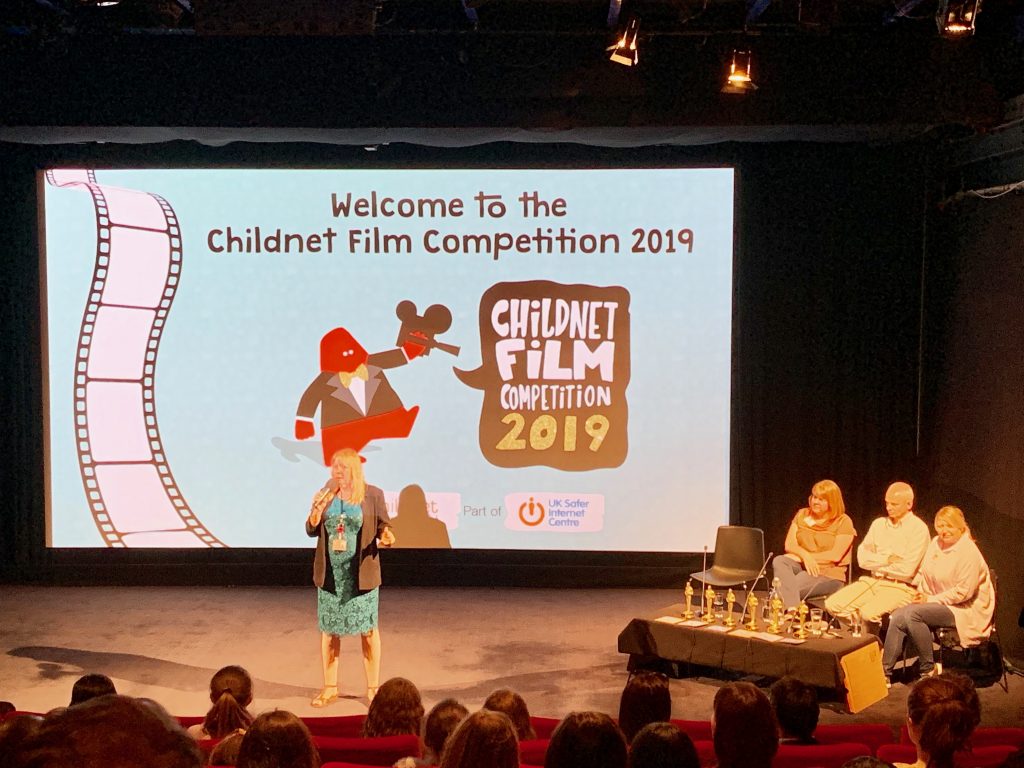 Since 2010, the charity Childnet, as part of its work in the UK Safer Internet Centre, has run an annual film competition to educate children about safety online.

The MPA is pleased to support this year’s competition, along with the European Commission and Disney, which was open to schoolchildren from the ages of seven to 18 across Britain. Entrants were invited to make a short film with this year’s theme, ‘Our future online – What’s your vision for a better internet?’.

In 2019 there were over 100 entries across the primary and secondary school categories. The judging panel consisted of representatives from the BBFC, the BBC, Bafta and the BFI, and they selected winning entries The Internet Belongs to you and me, this is how it’s going to be (primary) and New Tools, Better Outcomes (secondary). On 2 July these films, along with the other finalists, were screened at the British Film Institute in London to a packed house, and they are also being shown on the BBC OwnIt site for young people.

The voiceover of both of the winning films illustrates the potential and necessity of a safe, secure and private experience online. As proclaimed in The Internet Belongs to me:

‘Imagine the future in our hands,

Time for friendships and family too,

This would be the internet for me and for you’

Similarly, New Tools, Better Outcomes discusses how ‘for a better internet, we should use it as a tool for positivity rather than negativity.’

Will Gardner OBE, CEO of Childnet and a Director of the UK Safer Internet Centre, said:

‘The Childnet Film Competition is such a powerful vehicle for young people’s creativity and their voice on a subject that they feel passionate about, being safe online. In the process of creativity, we see young people learning about how to make great films, as well as about online safety, and even about copyright as they need to make sure they comply with the rules of the Competition’.

A key negative issue that MPA works hard to tackle as part of helping to improve everyone’s safety online is pirate websites and other dodgy services. If website owners ignore existing laws on hosting illegal content, they are unlikely to take precautions against malware, meaning these sources are often fertile ground for viruses, spyware and identity theft.

Pirate sites run by criminals break all types of regulations – from copyright to the protection of minors, consumer information requirements and, ironically, privacy, meaning they can easily profit from the lack of enforcement of any rights online. According to research commissioned by the Industry Trust for IP Awareness, 1 in 10 people who stream illegally have been a victim of fraud, while 1 in 20 have had their personal details stolen.[1]

The campaign, Get It Right From a Genuine Site, promotes genuine and reliable sources for accessing film and TV, not to mention music, books, sports and video games and is an important educational vehicle for younger audiences. The campaign also participated in Safer Internet Day 2019 on 5 February.

As well as being part of educating children and teenagers on how to safely use the internet, these initiatives encourages them to ethically consume entertainment that will also help grow the AV sector. The Childnet Film Competition encapsulates the message that internet safety can lead to a healthier and more positive internet experience for all and that’s why MPA supports the Childnet Film Competition. If increased prosperity and greater reinvestment in creativity come hand in hand with that, then all the better.