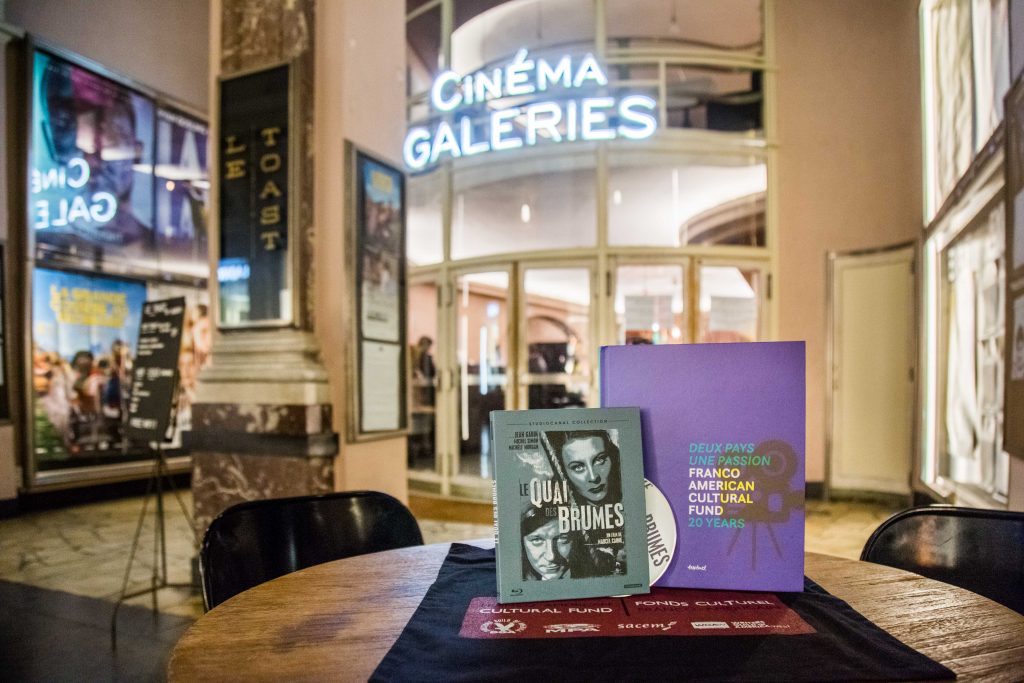 The screenings jointly organized by the MPA and SACEM on behalf of the Franco American Cultural Fund (FACF) have become a tradition on the Brussels calendar.  This year’s screening featured the famous film ‘Le Quai des Brumes’, directed by Marcel Carné and starring Jean Gabin and Michèle Morgan.

What better occasion to remind the audience that the FACF celebrated its 20thanniversary last year.  To mark this occasion, the FACF produced a video that pays tribute to the incredible artistic exchange between French and American filmmakers.

This is of course just one facet of a broader partnership between the US and European film sectors goes back to the silent film era, more than a century ago.  And the partnership is alive and well today: Recent co-productions have included such hit films as ‘Honig im Kopf’ in Germany and ‘Un Boss in Salotto’ in Italy, as well as the classic tale of ‘The Little Prince’ in France.  The European television crime-fighting series ‘Crossing Lines’ is another example.  MPA members were partners in bringing these European stories to the screen.

Our industry has an enormous impact on individuals and their relationships, on culture overall and on our society at large.  More than 11 million people throughout the European Union work in creative industries like film and television, generating over €914 billion towards the European GDP.

In this time of rapid technological and economic change, our sector is continuously impacted by two forces: erosion and theft.  Erosion of the territorial exclusivity which is the financial foundation of the audiovisual sector threatens the sustainability of an entire industry and the millions of people who work in it.  And the ever-evolving threat from online piracy hurts creators while exposing consumers to malware and viruses.

Decades of friendship and business partnership will help to ensure that we keep on working together to safeguard the cultural diversity and economic growth of a sector that everyone values so much, and that we continue to create films and television that consumers will enjoy.  For us to keep doing that, it is imperative that we preserve the freedom to form the right partnerships to serve Europe’s diverse markets in the way that best meets the needs of individual markets and individual productions.