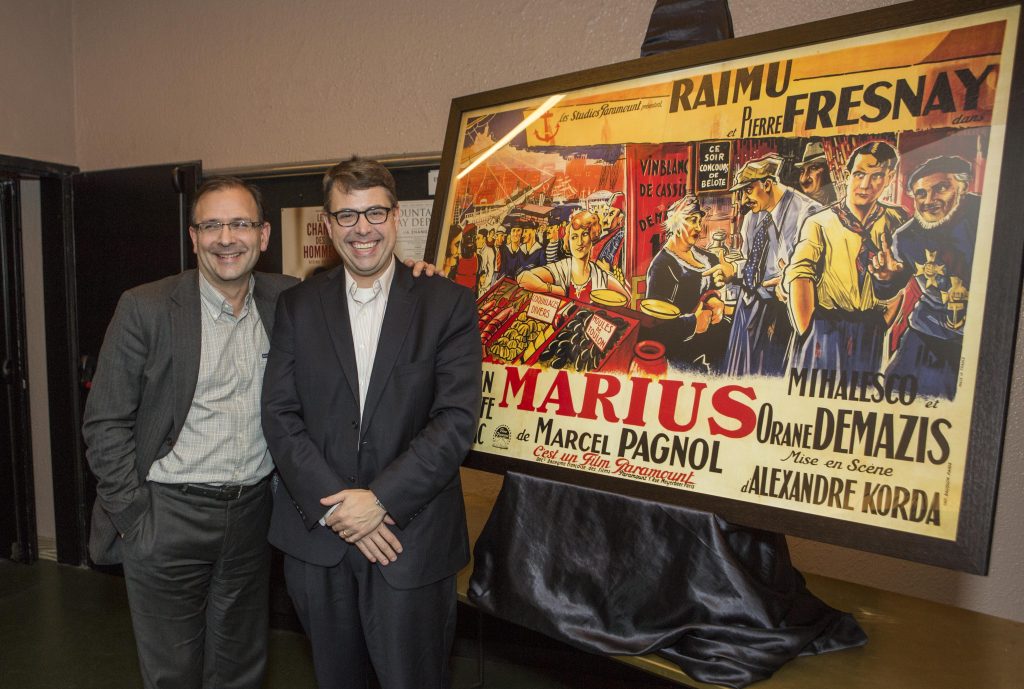 Marius – a testament to a longstanding transatlantic partnership

On 27 January 2016 the members of the Franco-American Cultural Fund (FACF) – the Directors Guild of America (DGA), the Motion Picture Association (MPA), the Society of Authors, Composers and Publishers of Music (Sacem), and the Writers Guild of America, West (WGAW) – organized the premiere screening of the restored version of the 1931 film ‘Marius’ at the Cinéma Galeries in Brussels.

Directed by Hungarian-born British film producer Alexander Korda and based on Marcel Pagnol’s play of the same name, ‘Marius’ is a comedy-drama about a young man who works in his father’s bar located along the busy port of Marseille. His childhood friend Fanny works just outside the bar selling cockles. After a bout of jealousy spurred by a rich older man who asks Fanny’s hand in marriage, Marius declares his love for his childhood friend and they become engaged. However, Marius harbors a secret wanderlust which puts their relationship in difficulty. The film was part of the official Cannes Classics2015 selection.

Prior to the screening a short introduction was given by Jean-Noël Tronc, CEO of Sacem and Stan McCoy, MPA’s President and Managing Director.

Jean-Noël Tronc spoke of how the Franco-American Cultural Fund came into existence in 1996 with a mission to promote French cinema and restore its film heritage, develop ties with American distributors and facilitate access to the North American market for many French filmmakers and producers. The fund also undertakes actions to incite and strengthen opportunities for meetings between French and American professionals, around their respective films and the many concerns they share, whether technical, artistic or relating to cultural policy.

Stan McCoy in turn gave a little background on ‘Marius’ and highlighted that the film was distributed in France and the US by Paramout in 1931 and 1933 respectively, which makes it a great example and testament of the longstanding relationship between American and French film industries.

Among the attendees there were several high level officials of the European Commission working on Digital Single Market issues as well as European Parliament member assistants and representatives of the Member States dealing with audiovisual issues at the Council of the EU.

As this event exemplifies, the history of French and American cinema is rich with great films, both historic and entertaining, which are an integral part of both countries’ collective memory. Thus, the Franco-American Cultural Fund quite naturally wished to support a restoration programme of such a classic piece as ‘Marius’. It is important to also note that intellectual property rights are a building block upon which creatives can depend on to ensure that the legacy and integrity of such cultural artifacts can be safeguarded and maintained for future generations to enjoy.