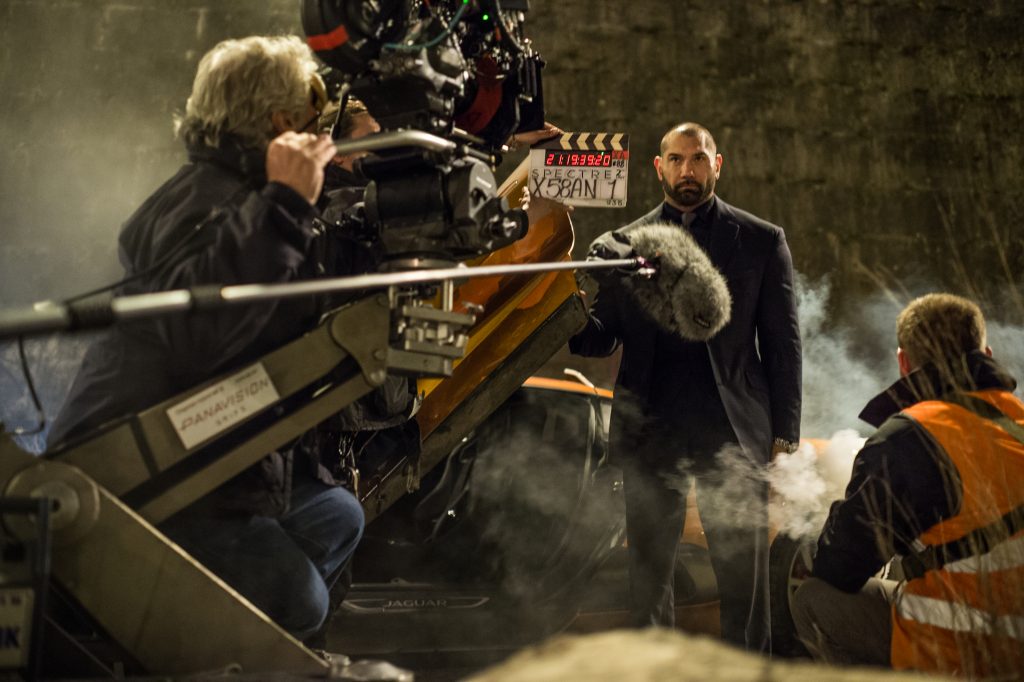 Hit releases produced in European settings: An opportunity to express the value of creativity

What do Homeland, Spectre and The Martian have in common? Exceptional storytelling set in remarkable European backdrops made possible thanks to collaborations between film professionals and enthusiasts from both sides of the Atlantic.

Lilian Scharnhorst, the location manager for season 5 of Homeland, has worked in the movie industry for over 7 years. In an interview she discussed the challenge of “finding the perfect location which fits the sequence in the script and to get access to shoot there.” Her job offers “the possibility to get access to special places and to meet so many special people from all over the world,” But she cautions that it sometimes takes diplomacy to “moderate between the owners of the places and the production team.” When it comes to living in Berlin, Lilian says that she “fell in love immediately. It’s a great city with many opportunities and it has a great base for the creative industries.” See more behind the scenes stories of Homeland here.

Spectre, the twenty-fourth film installment of the world’s most well-known spy – the name’s Bond… James Bond – was recently released by Sony Pictures. Directed by Sam Mendes, production was based at Pinewood Studios in the UK. Yet, as we have all come to expect from the 007 series, filming for this latest adventure occurred in variety of vibrant, glamorous and bustling locations throughout the globe including London, Rome, Marrakesh and Mexico City. The action doesn’t unfold solely in large, well-known urban centers around the world however… Enter the small towns of Sölden, in the Ӧtztal and Obertilliach, in the East Tirol region of Austria. Spectre was the largest film production to ever be made in these alpine locations whose local economy is served mainly by tourism; which is why local authorities were enthusiastic about the immediate economic benefits such a well-known franchise would bring.  Taking into account production costs, accommodations and meals, as well as transportation and the salaries of local Tirolean crews, the producers spent an estimated 6 million euros in the regionover the course of filming.

Thanks to the amplified media exposure of these majestic European locations, Ӧtztal and the lesser-known East Tirol region should now be able to look forward to the long term positive economic and cultural impact that normally comes from increased holiday-making and future film-tourism opportunities arising in the region in the years to come. Click here for more interesting facts on Spectre.

The Martian, 20th Century Fox’s survivalist space epic released on 2nd October, has not only been positively received by audiences and film critics alike, but also boasts one of the most impressive Mars film sets to date. Acclaimed film director Sir Ridley Scott and his team based their production in Korda Studios near Budapest where a Mars plain was recreated on the facility’s largest stage (some 64,300 sq ft), using 4,000 tons of Hungarian soil. Numerous other filming locations included the old Hungarian Expo site, as well as in a modern Budapest event building called The Whale that sits on the banks of the Danube.

While working on the film, Sir Ridley Scott took time out of his schedule to deliver a free lecture as a star guest of the Hungarian National Film Fund’s Master’s Course in Budapest’s Millenáris Teátrum events hall. Speaking to an audience of young directors, producers and students of film art, his lecture exemplified the educational emphasis in the creative industries. Similar informative events centered on promoting and protecting the value of creativity have been held in Italy with the example of “Il Protagonista”, a project that includes a series of “master-class” events designed to bring together local industry experts and students in order to develop stronger academic engagement with the creative sector.

As we can see, Homeland, Spectre and the Martian are fine examples of how international film-making can bring a number of benefits to European citizens, from offering stimulating and challenging jobs to raising awareness of little known but spectacular tourist destinations, to creating opportunities that nourish the potential of local talent.