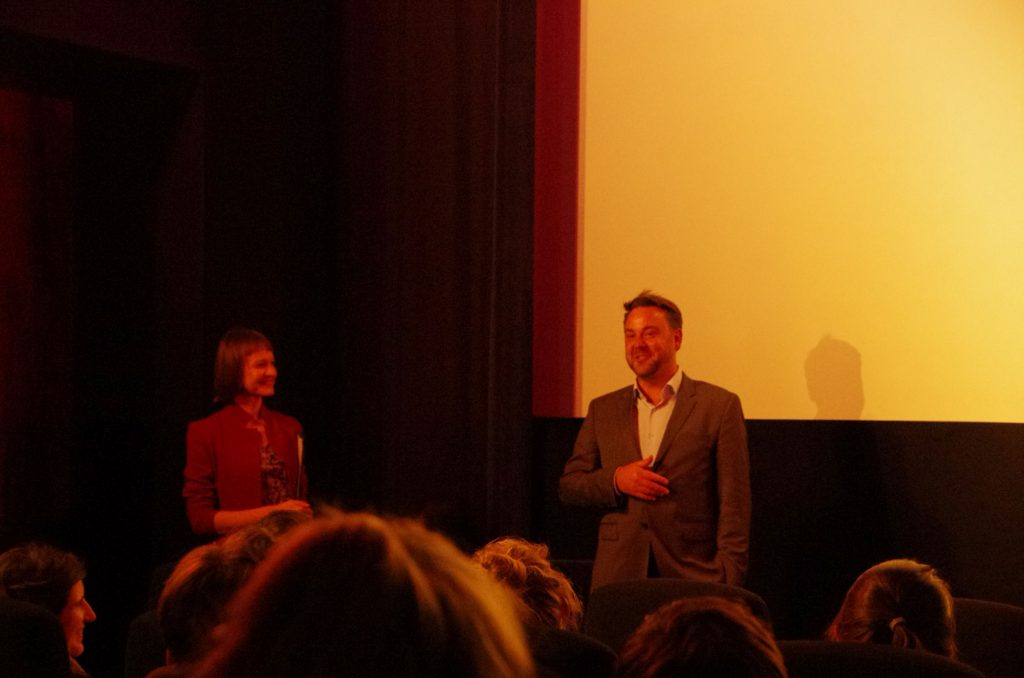 Berlin is in Germany: Unique perspectives on German reunification captured through the rich storytelling of Film

It is a silver wedding anniversary: 25 years ago, two Germanys reunited, inaugurating once-divided Berlin as the new, old capital. Only a generation ago Germany, its 16 federal states, and its long-divided citizenry brought two systems back together under one democracy.

To mark the occasion, Berlin’s chapter of the Young Transatlantic Network (YTN) of the German Marshall Fund of the United States (GMF), opened its new season with a first-ever film screening and a subsequent talk on October 1, 2015.

YTN Berlin featured Berlin Is In Germany (2001, directed by Hannes Stöhr). The movie depicts the experience of Martin, a GDR citizen who comes out of prison ten years after the fall of the Wall. Viewers watched as Martin navigated his new life and Berlin’s new reality. His story balances despair and a zest for life; it is told with keen sarcasm and a human touch, eschewing typical “Ossi-Wessi” clichés. Berlin Is In Germany received wide critical acclaim and is a recipient of the Panorama Audience Prize of Berlin Film Festival.

After the film, Christian Thaler-Wolski, a successful angel investor who was born and raised in East Berlin, was invited to share his ideas and thoughts on life in a communist versus capitalist society. He encouraged participants to think beyond political borders and economic systems and emphasized the importance of having a dream, and how entrepreneurship can rebound to a better future.

The MPA’s German representative, Christian Sommer, highlighted how films like Berlin Is In Germany help people share stories and see issues from different and unique perspectives. He praised the work of UFA/Bertelsmann and U.S. writer Anna Winger – one of the evening’s guests on stage – on Deutschland 83, a fictional TV series set against the historical backdrop of divided Germany during the height of the Cold War in 1983. It was the first German-language television series to be aired on a U.S. network and premiered at the MPAA in Washington DC back in June.

As this event testified, film and television productions are an important medium to reflect and project cultural heritage. Societies around the world define themselves in part through the diverse stories they tell on screens.

Europe provides a vibrant climate for that kind of cinema and television storytelling, thanks in part to its commitment to artistic freedom, its support for the intellectual property rights of authors and their business partners, and the commercial freedom that creators enjoy to serve Europe’s diverse markets in whatever way best meets the needs of each unique audience and production.

The event was a cooperation between the German Marshall Fund and the Motion Picture Association with support of Sony Pictures Releasing GmbH.