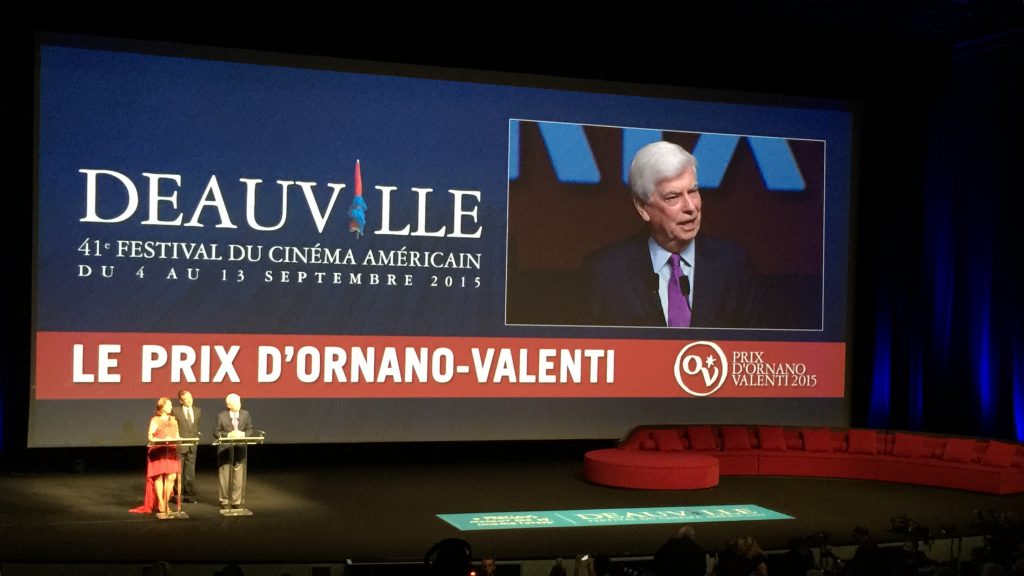 Celebrating a very special 20th Birthday with a new name: The Prix D’Ornano-Valenti

For two decades, the MPA has been helping new French film directors enter the international market by supporting a prestigious award celebrated during the Deauville American Film Festival.

The prize, formerly known as the Prix Michel D’Ornano, has been newly rechristened in this 20th year of its existence as the Prix D’Ornano-Valenti.  The change honors Jack Valenti, former president of the MPAA, alongside the prize’s other namesake Michel D’Ornano, the former French Minister of Culture, mayor of Deauville and co-founder of the Deauville American Film Festival.

It is awarded by the Franco-American Cultural Fund (FACF) to recognize outstanding achievement by a French director making his or her first film.  Its objective is to help that film gain wider recognition, promotion and distribution.

Addressing the closing ceremony of the Deauville festival on 12 September, Senator Dodd paid tribute to both Valenti and the D’Ornano family for their love and support of cinema.  Valenti was, Dodd said, “the founding father of this competition and a dear friend to this Festival in his days.”

“Jack loved France and its people; he was a Commandeur in the Legion of Honor.  He was, like many heroes of his generation French, American, and otherwise, a liberator of Europe.  It is right that through this prize we also remember him, alongside the D’Ornano family, as a great patron and advocate of the art of filmmaking,” he continued.

The award was originally created in 1991 by the member companies of the MPA; it took its current form in 1995, which was the first year that it was presented to a completed film rather than a script.

Today the Prix D’Ornano-Valenti is supported by the Franco-American Cultural Fund, which along with the MPA includes the Directors Guild of America, the Writers Guild of America, and the French collective management organization Société des Auteurs, Compositeurs et Editeurs de Musique (SACEM), which manages the Fund.  The FACF promotes original cinematography on both sides of the Atlantic, encourages up-and-coming young talents, and fosters dialogue between professionals in the industry in France and the US.

And so this year, the first edition of the renamed Prix D’Ornano-Valenti was awarded to the film Les Cowboys.  Written and directed by Thomas Bidegain, the film tells the story of a father’s search for a daughter across great distances — geographical, cultural, and emotional.