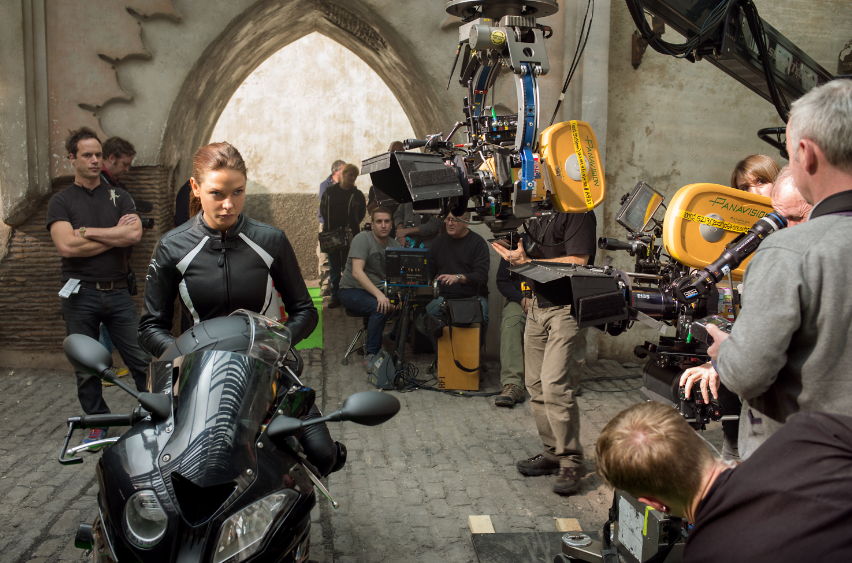 When Warner Bros.’ “The Man from U.N.C.L.E.” debuts in cinemas later this year, it will join an impressive list of movies and TV shows that have helped encourage enduring economic and cultural benefits by telling great stories in incredible European locations.

“The Man from U.N.C.L.E.” was shot at Warner Bros. Studios Leavesden and, over the course of production, the cast and crew also filmed in such varied places as the Old Royal Naval College in Greenwich; Kent’s Chatham Historic Dockyard; Brockwell Park in South London; Regent’s Park; and in Rome and Naples, Italy. But “The Man from U.N.C.L.E.” is hardly the first major studio project to re-introduce global audiences to Europe’s diverse locations.

In the decade after World War II, Hollywood helped to remind the world of the iconic beauty of Rome’s buildings and streets through the 1953 classic “Roman Holiday,” starring Gregory Peck and Audrey Hepburn. The beauty of the French Riviera – complemented by that of stars Cary Grant and Grace Kelly – similarly enchanted audiences in Alfred Hitchcock’s 1955 thriller “To Catch a Thief.”

Over the years, other films have used similarly impressive European backdrops. Who could forget the white-knuckle speedboat chase through Venice’s Grand Canal in “Indiana Jones and the Last Crusade,” or the thrilling police pursuit of Matt Damon’s Mini Cooper through the streets and alleyways of Paris during 2002’s “The Bourne Identity”? Visitors to the city of Görlitz in Eastern Germany will spot locations from a remarkable number of hit films like “The Grand Budapest Hotel,” “Monuments Men,” and “Inglourious Basterds,” to name just a few.

After visiting and falling in love with Budapest, director Paul Feig decided to not only film in the city, but changed the script to make it the main location of 20th Century Fox’s hit comedy “Spy” starring Melissa McCarthy. People living in London and Vienna last summer might have spotted Tom Cruise walking around their city while filming Paramount’s “Mission: Impossible – Rogue Nation,” which hits cinema screens in the UK on 30 July. And this season, the hit Fox 21 Television Studios series “Homeland” is being entirely filmed and set in Berlin, Germany.

Featuring these types of European locales on screen for a global audience isn’t just good for the movies filming there, they are important to the EU’s economic well-being.

Tourism is one reason: A 2012 Oxford Economics study reported that movies “not only generate interest in a country but also act to remind people about what the country has to offer – for example by showcasing scenery and the cultural offer.” According to the study, the 1965 classic “The Sound of Music” still draws some 300,000 visitors to Salzburg, Austria every year, and in Britain “more than 80% of Britons plan their holidays after seeing a location on the big screen.” (1) Another study found that Sweden got a tourism boost worth about €100 million from “The Girl with the Dragon Tattoo” and other films in the series. (2)

Film and TV production also drives jobs and growth in the creative sector. The stunning visual effects from the movie “Terminator Genisys” that was released in the UK on 2 July were created by the London-based company Double Negative. “Terminator Genisys” was the first film to take advantage of the UK tax incentive for visual effects. This brought investment into the UK and supported the jobs of those people at Double Negative whose incredible skills and imagination we get to enjoy on screen. More than 7 million people currently work in copyright-intensive industries like film and television production, contributing more than €500 billion to Europe’s GDP. In the film and TV industry, the European share of those 7 million jobs is not just represented by actors, film directors and producers; there are also concession workers, carpenters, makeup artists, electricians, lighting designers, lumber suppliers, caterers, dry cleaners, truckers and countless more hardworking individuals. They are the people who help make Europe such an attractive place for global filmmakers. Beyond the pride of seeing one’s nation or culture depicted on screen, it is also the quality of the EU workforce that makes Europe such a hot destination for international filmmakers.

Pictured Above: A behind-the-scenes image from the production of Paramount Pictures’ “Mission: Impossible – Rogue Nation”